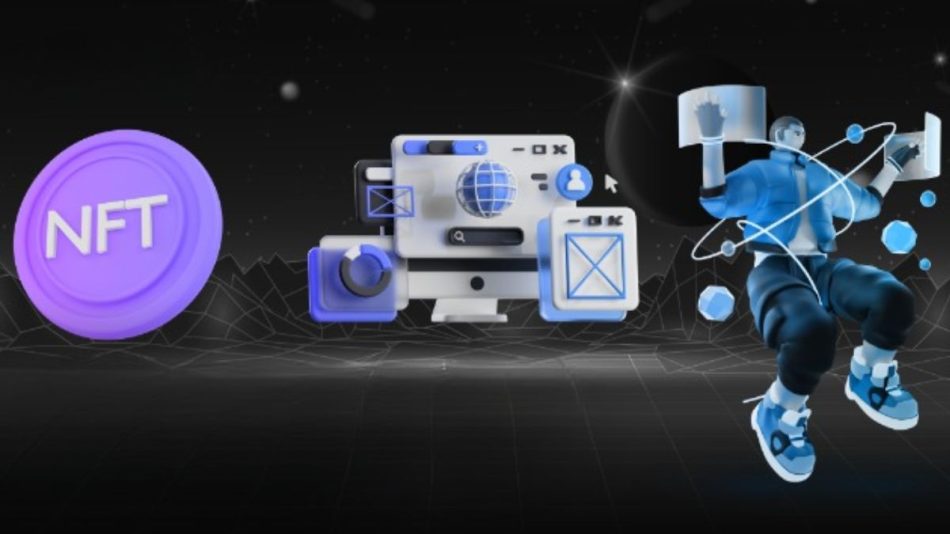 We are witnessing a technological and costume revolution never seen before; we hear these words everywhere: metaverse, NFT, Blockchain, cryptocurrency, Ethereum, etc.

Often they are misused to appropriate the hype they bring; other times, they characterize projects and initiatives that represent real “game changers” and determine the evolution of the way we will behave in the future.

One thing is certain, if you are not on track you will miss the train!

On the one hand, there are the metaverses, environments in which, thanks to an avatar, one can interact, play, work, do business, and much more. On the other hand, NFTs are non-fungible tokens that allow you to buy art, objects, land, and much more. Combined with the underlying cryptocurrency technology, the Blockchain, NFTs are the last frontier of the decentralized economy. All of this is commonly referred to as web 3.0.

But how to orient yourself in this ocean of information? There is no school or a complete course; what is valid today could be passed tomorrow; therefore, it is necessary to update in “real-time” through the channels dedicated to this universe.

The Basics: Blockchain ​​And Decentralization

It all stems from the concept of decentralization introduced by the technology at the base of cryptocurrencies: the Blockchain.

A blockchain is a shared and decentralized digital archive that can be consulted by anyone on the network. For this reason, once information is recorded within the Blockchain, it is “practically” impossible to modify.

A blockchain is a “chain of blocks” containing information. Each block in the chain includes three elements: the first is the data stored in that block. The type of data collected in the partnership depends on the type of Blockchain; the Bitcoin blockchain, for example, holds the details of a transaction here, such as sender, recipient, and the amount of bitcoin being exchanged.

The second element is the hash, a string of numbers and letters that identifies that block and its content and which is always unique: every time a new block is created, a new hash is calculated, unique and specific to that block.

The third element contained in each block is the hash of the previous block, and it is precisely the presence of this hash within each block that gives rise to the chain. If any data within the block changes, the hash will also change. This is precisely what makes the Blockchain so secure.

Then there is another feature of the Blockchain that guarantees its security: decentralization.

Blockchains use a peer-to-peer network that anyone can access and participate in. Anyone who joins this network becomes a node gets a complete copy of the Blockchain, and can verify that everything is in order. When someone creates a new block, this block is sent to all nodes in the network. Each node then checks the block to make sure it hasn’t been tampered with, and if everything is correct, each node adds this block to its Blockchain, while if a node adds a block that has been tampered with, it will be rejected by all other nodes of the network.

Blockchains today are mainly used to record cryptocurrency transactions. Still, they can be used to store data (smart contracts, medical records, etc.) or to create signed digital assets, the so-called NFTs or Non-Fungible Tokens (such as artwork).

Blockchain technology has allowed the birth and diffusion of cryptocurrencies.

Cryptocurrencies can be divided into two categories: those supported by their own blockchains, such as Ethereum and Bitcoin (BTC), and those built on existing blockchains (for example, 0x, Fantom, JNT, etc.).

A cryptocurrency, to be defined as such, must meet six requirements:

A token is a set of digital information within an existing blockchain that confers a right on a particular subject. Tokenization is the conversion of the rights of an asset into a digital token registered on a blockchain.

Tokens can be fungible or non-fungible .

Tokens that are equal to each other are fungible. For example, each dollar or euro (or any other currency) has precisely the same value as the other.

The value of one bitcoin is the same as another bitcoin regardless of the circumstances of its use.

All cryptocurrencies are fungible tokens

A non-fungible token (NFT) is a particular type representing the title deed and certificate of authenticity written on the Blockchain of a unique asset (digital or physical); non-fungible tokens are, therefore, not mutually interchangeable.

This is in contrast to cryptocurrencies, such as Bitcoin, which are by their very nature fungible, i.e., they can be duplicated an infinite number of times into identical and interchangeable copies.

In a nutshell, an NFT is a Smart Contract that certifies the possession of an asset; this contract is tracked on the Blockchain.

Everything we know and do is “noticeable.” Still, there are specific categories of NFT that are all the rage, for example, collectibles, art and photography, PFP, avatars, music, etc.

However, an NFT can also be associated with the right to use an exclusive service, such as attending an event or participating in a course.

They can be associated with the ownership or lease of “land” within a metaverse.

The uses are many and constantly evolving; there are new things every day.

The metaverse is a digital universe resulting from multiple technological elements, including virtual reality and augmented reality. In the metaverse, users access via devices ( browsers, smartphones, occlusive viewers, etc.) and live virtual experiences: they can create realistic avatars, meet other users, create virtual objects or properties, go to concerts or conferences, work, travel, and others.

Depending on the device used to access the metaverse, it is possible to speak of an occlusive Metaverse (usable through devices such as Oculus ), of augmented reality Metaverse(e.g., with Hololens devices ), or hybrids.

Reducing the price of these devices will signal the transition to mass adoption and facilitate access to the metaverse globally.

Today kids are used to using “metaverses” in gaming, see Fortnite, Minecraft, etc., but they are non-decentralized metaverses since they belong to a society.

There are decentralized metaverses (for example, OVR, Decentraland, and Sandbox), which are much more interesting because the properties are distributed in the community with blockchain-based principles.

In this decentralized perspective, the connection between the NFT and the metaverse assumes great importance. Within a metaverse, many things can be connected to an NFT: the “lands” can be bought, sold, or rented, and all the assets used can be “enneffetized” (skins, avatars, objects, activities in which I participate, such as tickets to a concert in the metaverse or a training course).

The Role Of Marketing

In this context, how important are marketing and communication?

A project linked to the crypto world, Blockchain, NFT, and metaverse acquires value only if it is possible to create Hype around it.

This determines a fundamental role for marketing and communication, which will have to evolve and adapt to the languages ​​and channels of web 3.0. For example, there are preferential channels where communities related to the crypto and NFT world gather; see Discord, Twitter, and YouTube.

There are their own communication codes, languages ​​, and tones of voice (videos with a fast pace, vibrant 3D graphics, live, etc.).

Many opportunities will open up for new working figures, such as community managers, who will be the animators of the “digital villages “to create Hype around projects, events, and products.

There will be many opportunities for individuals, investors, and companies because this world includes many business models (“play to earn, “teach to earn,” and “invest to earn, “to name a few).