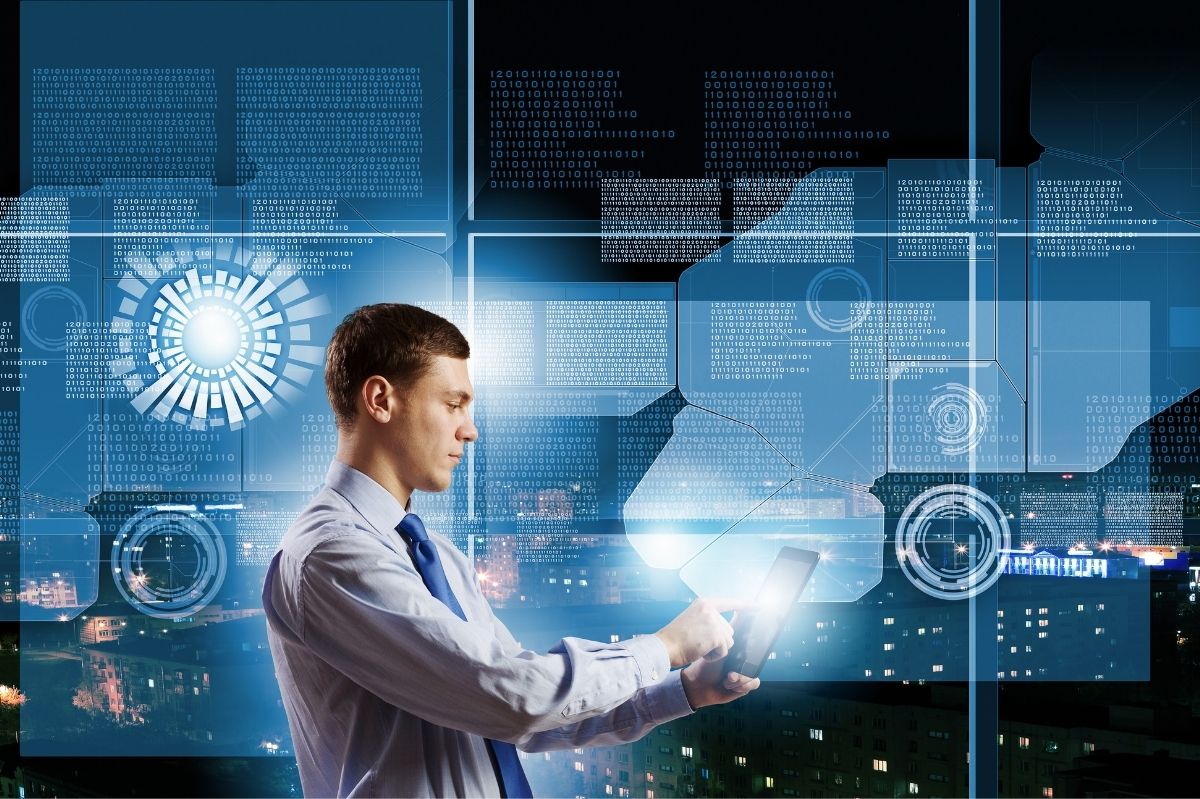 Innovative Technology : The big event of the Olympic Games, which has been rapidly commercialized, has always had pros and cons. The Tokyo Olympics, which were forced into the new corona disaster, will be an opportunity to reconsider the future of the Olympics.

The prestigious opening ceremony of the host country is a showcase showing the latest technology. At the Los Angeles Olympics, a “rocketman”, a jet pack, was taken care of when a person flew from the sky. In Barcelona, ​​I was amazed at the feat of firing archery and igniting the torch, and in Beijing, watching the torchbearer fly across the side of the stadium made me wonder what it was like.

Unfortunately, there was no surprising production at the opening and closing ceremonies of the Tokyo Olympics, and the highlight of the latest technology was probably the huge floating globe of light by the drone and the Tokyo Olympics emblem weaved by them.

By the way, at a later date, an SNS post from the general public who shot the rehearsal revealed that there were multiple variations of this production. Due to a scandal, the emergency situation in which the person in charge was forced to resign one after another just before the opening ceremony made me wonder if many productions ended without being exposed to the sun.

In terms of “I wasn’t exposed to the sun,” the NTT Group, in particular, would feel itchy.

For NTT, the culmination of 5G’s innovative technology was supposed to be the Tokyo Olympics.

NTT, which is also a sponsor of the Tokyo Olympics, has created services that utilize 5G. The upgraded version will be presented at the ” Digital Stadium “, where you can support as if you were in the stadium in collaboration with the J League and at the 19th Rugby World Cup, which was also a sponsor.

However, the Olympics, which he challenged with full satisfaction, was postponed for one year due to the new corona disaster. In addition, public viewing, which was planned to deliver the stadium pattern to various places using the 5G communication network, was exposed to public criticism and was cancelled early to avoid crowding.

At each venue, solutions were prepared to present a new way of watching the event, but the Olympics ended without being seen by the general spectators due to the unattended holding.

Still, NTT has sloppily shown some technology, even though there is no spectator. There must have been NTT’s pride, like a flame that burns quietly.

Here, I would like to introduce some of the watching experiences that did not catch the sun.

The first is the “Tokyo 2020 Real-time Remote Support Project.”

I was inspired by the fact that the marathon, which was scheduled to be held in Tokyo on the final day of the Olympics, was held in Sapporo at the discretion of the IOC. This allows you to cheer as if you were along the Sapporo course while you were in Tokyo.

4K large screens are lined up beside the course in Sapporo. LED displays will be placed along the road for 50m, and eight optical cameras will be lined up in Tokyo and Sapporo to deliver images and audio through mutual communication.

A screen of the same size will be placed in Tokyo, and marathon runners running through the course will be projected in real-time. When you cheer on the players toward the screen, you can see the cheering on the screen in Sapporo, and at the same time, the players also hear the voice … It’s a terribly simple Karakuri in words.

However, technically, the communication delay of 4K level video transmission was reduced to about 20 msec (0.02 seconds) at a one-way distance of about 830 km or more between Tokyo and Sapporo. The communication speed has been reduced to 1/100 of the conventional speed, creating a new form of watching games that was not possible until now.

If no spectators were decided, it would have been a new attempt, considering that Sapporo could deliver support to the athletes who could run at 5m / s while in Tokyo.

The second is a project called “TOKYO 2020 5G PROJECT“. Using the same technology as the above marathon, the offshore wide vision installed at the sailing venue was used to deliver the support from the athlete’s family and friends to the athlete in real-time.

Since we couldn’t get the spectators in here, we ended up cheering only for our relatives, but NTT plans to carry out a similar project at the Paralympics in order to reach the players with just the cheers of the people involved.

Also Read : What Is Artificial Intelligence Easy To Understand And Easy Explanation From The Meaning

Even at golf venues, there are new technologies that have become incompletely burned.

Since I was a member of NTT DoCoMo, I have insisted that golf is a sport that has a high affinity for delivering a new watching style that utilizes 5G. As those who have actually visited the golf course to watch the game know, only a small part of the course has 18 holes, and you can watch the game yourself.

Do you stick to a particular hole and enjoy the play of different players alone, or accompany a pair of players and witness the play of some of them? No matter which way you fall, you cannot see the whole picture of the players’ play and results other than the place you are watching.

Therefore, golf reporters and others did not go around the course but withdrew to the press room, where all the images and data for each course were delivered in LIVE, and the main work was to transcribe the whole play there.

In this Olympics, the images and data that were delivered only to this press room will be delivered to the spectators’ smartphones and tablets via the 5G communication network and will be highlighted while on the course. We have provided a solution that will not miss the scene.

However, golf was also played without spectators, and only a small number of people could actually see it.

While challenging these innovative technologies, only a limited number of people could participate in this support. Initially, families, relatives, or colleagues who could not visit the site could have been able to send loud cheers to the roadside of Sapporo via this 5G communication network, but, unfortunately, it did not come true. It doesn’t become.

Even for NTT, the place to showcase solutions that have narrowed down their wisdom and embodied them has disappeared, and many people will be disappointed.

However, despite these technical challenges, I wasn’t allowed to interview at all, and I couldn’t even see the real thing. It’s a shame for the press side like me.

Among them, the highlight of the Olympics is that each venue held this time was equipped with a 5G communication network to realize such a solution, and even Wi-Fi that can be connected over a wide area was laid. When the Olympics are held in the future, the infrastructure that can realize a new watching system that makes use of the high-speed communication network has been completed.

At the dawn of the new Corona Unsan, you can enjoy a unique watching style called “new experience” that makes full use of innovative technology at each venue … I believe so now, and let’s withdraw and put up with it for a while.

Also Read : 3 Features Of 5G And How It Works